Kashmir issue Alive at UN due to Pakistan’s Campaign

NEW YORK – Kashmir issue Alive at UN due to Pakistan’s Campaign. Islamabad’s Permanent Representative to the United Nations, Munir Akram has said that the issue of occupied Kashmir is “fully alive” at the UN due to a “forceful and determined campaign.”

Munir Akram addressed a Kashmir Solidarity Day event arranged by Pakistan’s Consulate General. Indian Occupied Kashmir is under siege for more than 180 days now. Pakistan’s Kashmir campaign has revived the issue “for the first time in 50 years”, he added while addressing. 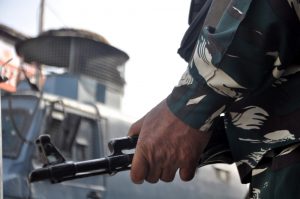 “The entire world has seen how the nation has come together to raise voice for our Kashmir brethren after the illegal actions taken by India on August 5,” he said. As a result of Pakistan’s campaign, the UNSC has discussed the Kashmir dispute three times in less than six months.

The envoy said that Prime Minister Imran Khan and the people of Pakistan would stand by the Kashmiris and not allow India to break their will.

The Azad Kashmir Council’s former member, Sardar Sawar Khan also addressed the event.  He thanked Pakistan for its consistent support to the Kashmir cause. He also made a case for Pakistan to pull out of the 1972 Simla agreement. As no progress has been made towards a resolution of the Kashmir dispute in the course of bilateral talks.