Battle against Corruption for the Future of Next Generation

ISLAMABAD – Prime Minister Imran Khan today has addressed the National Security Workshop which was being attended by an 87-member delegation from Balochistan. In his address he emphasized on the fact that battle against corruption is integral for the future of next generation. 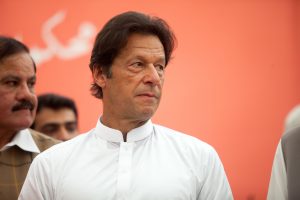 Prime Minister Imran Khan said that the country could not make progress when its resources were plundered and the corrupt criminals kept on stuffing their personal coffers, and declared that the ongoing battle against corruption and corrupt elements would help secure future of Pakistan and its upcoming generations. The elements who nurtured fears that their corruption would be exposed, and that they would be nabbed, had been crying hoarse,

The prime minister said a country could not progress when criminals held the high offices. Few elements were asking the government to focus on other issues and neglect those criminals who had never been sincere with the country, he added. About government’s reforms, the prime minister said they faced fiscal and trade deficit challenges but due to the government’s efforts on the economic front, stability was achieved as manifested in the economic indicators of the country.

About China Pakistan Economic Corridor (CPEC), the prime minister said it would benefit the whole country specially Balochistan province and would usher in an era of progress and prosperity in the province. He observed that with the development of Gwadar port as an economic hub of the country, the whole province would reap fruits.