LAHORE – Year 2019 has proved to be a historic one for development of water and hydropower resources in Pakistan, as record generation of hydel electricity was supplied to the National Grid during the year. 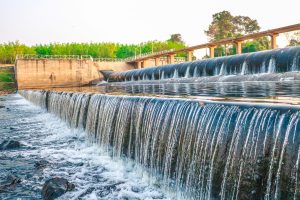 In addition to record hydel electricity generation in 2019, WAPDA also succeeded in achieving vital targets for construction of mega dams to avert looming water crisis in the country.

Mohmand Dam is the first mega multi-purpose dam undertaken during the last 51 years after Tarbela Dam, construction of which was started way back in 1968. Similarly, the tedious evaluation of bids for consultancy services as well as construction works of gigantic Diamer Basha Dam are almost complete. Construction of this mega project likely to be started during next two months.